By phoebe marie - November 24, 2011
Before I get to the gratitude... yesterday was a little rough, I'm not going to lie.

I spent most of the morning wishing I could un-hear the "worst case scenario" as described by the doctor on Tuesday.  But despite the fact that in my heart I KNOW that is not where we are headed, hearing it did change something in me.  And after thinking a lot about it, I sort of "got" that what it changed was that it made the cancer REAL for me.  Up to that point, I knew I had it.  I knew we were treating it and I knew it was going to go away.  Life wasn't REALLY going to change in a permanent way - just temporarily.  You know.  Til we're done curing me.  But hearing that there was even a teeny tiny outside chance of  "much more than a radical hysterectomy" made the reality of the situation just explode in my face.  I don't want this to make my life change in such a horrific way.  I wasn't ready to accept that and it definitely messed with my head more than I realized it would.

The fact that that came along with the onset of major fatigue probably didn't help, either.  I mean - I am POOPED.  Like, constantly.  I got up yesterday after 9+ hours of sleep, took a shower, and felt like I needed a nap!  What is that?!  I barely made it through 4 hours at work before having to throw in the towel.  Stuff like that bums me out, but I keep trying to accept that it is all a part of my body healing itself.

Another part of what I truly believe i healing me is the walks I am taking with Ryan every day that we can - especially when we can go to one of the lakeside parks.  I have always loved the water and Lake Erie in particular holds a dear place in my heart, as it is where my grandparents used to go every day to watch the sunset together after my Grandpa Joe got sick.  When I moved back to Ohio, I got to live right on the lake for a year or so, and hearing the waves from my own bed was amazing.

Now, I see and hear those waves as something else.  They are what I visualize when I am in treatment.  The cold, gray water crashing into that stupid tumor and breaking bits of it away and washing it back out with all the other crud and garbage littering the lake.  That may sound hokey, but it helps me to see the water that I love as the thing that is curing me.  Yesterday, on our walk at Edgewater, the lake was WILD!  It was windy and the waves were huge!  (There were even people windsurfing!!!)  Hearing and seeing my lake crashing against the breakwall and shooting cold spray way up into the air made me feel STRONG.  I held onto that feeling as long as I could.

When I got home, my mum and dad had cleaned my house and done my laundry.  (I cannot even begin to express how grateful I am for all they are doing for me.  That is an epic post in and of itself that I will need the better part of a day to compose!)

When Ryan got home, we had a really good talk.  He is scared.  Well, no.  That is about the biggest understatement ever.  He is friggin' terrified.  Ryan takes care of me.  He fixes things and makes sure that everything is ok.  And for the first time since the very day we met, I have a problem he can't fix.  And it's making him crazy.  I have to express my sincere love and gratitude to Ryan's dear, brilliant, longtime friend, Doug.  From what Ryan told me yesterday, his conversation with Doug helped him more than anything he's heard since this began and I could not be happier that Doug was so very there for him.  Thanks, Doug!

I was actually hungry last night for the first time in days, too.  Food just does not appeal to me at all right now.  I am generally not hungry or too nauseated to feel hungry.  Even when I do feel hungry, nothing sounds appetizing.  But last night I even went back for a second helping.  Hopefully some of the weight I'm losing will come back if I can get that to happen more often.

I guess that is enough of an update for now, yeah?  It is Thanksgiving, after all, and I have stuffing to make so Ryan can get that turkey in the oven.  I'm looking forward to today.  Tattooed Dad arrives back in town this afternoon.  We've got good food and low key hanging out planned with 3 of my parents, my aunt, and one of my very best friends in the world, Mallorie.

And talk about epic posts that will take a day to write... I cannot even begin to tell you how long the upcoming Thanksgiving post will be.

Love to all, Phoebe 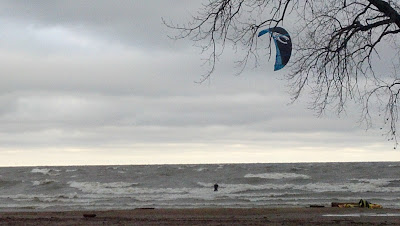 guest starring ROCKO said…
HOLD FAST. I am impressed by your visualization/reinforcement techniques. For real! And as 'real' as it starts to feel don't ever forget how inspiring you are being right now. I can speak from experience it's the same way I learned to look at my mom. She beat it at the cost of a major life/medical adjustment and all that goes on with it over 25 years ago, and to this day all she tries to do is help OTHER people and never once has complained about her situation. My mother lives a life worthy of admiration, as you are doing and will continue to do. Love you both!
November 24, 2011 at 11:35 AM

jim nelson said…
Words cannot express, my precious little girl, how much you mean to me! Everyday, you continue to amaze me and make me love you more and more. You have given me sooooo much, and on this day of Thanksgiving, I am truly grateful to you. .....daddy jim
November 24, 2011 at 9:08 PM

Anonymous said…
love you Phoebe... you are gonna stomp the shit outta that cancer. love the lake-smashing imagery; that lake is almost as powerful as YOU , and with you and the lake on it that cancer shit does not have a chance. Rocko.. your mom must be awesome. I'm so glad Phoebe has so many friends who keep it real by having stories of such strength to tell her. GIANT HUGS ARE ON THE WAY RIGHT NOW PHOEBE!
November 25, 2011 at 1:43 AM

Nora Flanagan said…
I think of you and Ryan the Fixer every day. Thank you so much for pouring your guts into your updates -- it keeps us from going crazy with worry. And there is so much of the two of you in everything you share, from the upbeat to the 'terrified.' Thank you for letting us all come with you for this. Love to you both.
November 25, 2011 at 7:53 AM

Mum said…
You have reawakened my love of Lake Erie with this post. I love the visualization of the power of the lake washing away the cancer. I see that power in you every day, even when you look sleepy and tired, your strength shines through. I get my inspiration through reading your blog, and watching you shine through this challenge. I’m honored to be your Mum, and humbled by your bravery! I’m starting so visualize something, too … us standing in front of the Pieta in Rome in 2012!! I love you! Mum
November 25, 2011 at 9:42 AM

Michael said…
You are beautiful, smart, brave, articulate and so much more. I cannot thank you enough for sharing your journey with us and teaching the world how it can be done. Not feeling good has a way of taking its toll on our attitudes and perspectives. Yet, you seem to have the strength and all the support a person could want to stay above it all. Life's events seem to fall into three categories: those we can control, those we cannot control and those that we can influence. You had no control over whether or not you would get cancer. What you do have is influence and as near as I can tell, you are not only exercising your influence, you are exercising the SH*T out of it! It must be all that exercising that keeps you so strong.

There is an army of people out there who are praying, wishing and wanting nothing but great things for you. I am happy to be one of them.

Your dad's friend (and now yours),

Anonymous said…
You make me miss Cleveland, woman! And what am I doing down here? Nurse lishie should be there to spoil you on occasion.
The lake is a powerful and gorgeous force of nature. Not unlike a certain lady I know.
I'm grateful that you have Ryan and I am glad he has Doug. Doug rules. We will be friends When we are all geriatric.
November 25, 2011 at 4:56 PM