I've been moving toward this new blog for a minute now.  A blog that is not just about being positive in the face of cancer.  But a blog that is about where I am NOW.  A blog about survivorship.  The awesome parts AS WELL AS the downright shitty parts.  A blog where I feel comfortable going back to the rawness and the realness of the original Phoebe's Stupid Cancer blog.

I want to write again, but for a long time, the "Positive" part of Positively Phoebe would just flat stop me every time I'd sit down at my desk and open up the blogger window.  A lot of people encouraged me to stick with that blog and that title, and no offense is intended toward those who felt that would help me.  But the truth, for ME, is that I was only being positive for other people for the past several months.  I had created a persona and I received genuine disappointment from some when I actually expressed my occasional lack of hope, the anger I felt, the negativity, the pain and the fear.

So here we are.  On National Cancer Survivor's Day.  With a sort of soft unveiling of The Long Ease.  I stole the name from myself.  It was the title of the solo art show I had in April of this year - a show that chronicled my long ease back into making art after the cancer.  And when I was trying to figure out the new blog name - my mum suggested carrying The Long Ease forward beyond just my artwork.  And it made perfect sense.

I am, very much so, still in that long ease.  Slowly easing my way back into everything - not just art.  Some things slower than others.  Most of all, I am easing slowly into figuring out who I have become.  How cancer has changed me.  How it has simultaneously strengthened me and made me into someone I am so much prouder to be, and also weakened me and made my entire future one giant, scary, and sometimes incredibly painful, question mark.

It'll probably mostly be just a blog in the beginning, until I figure out how to go forward with a lot of the bigger aspirations I have for it and for myself in general.  But it's here.  And I'm here.  I'm back.

I hope you are as willing to keep visiting me here as you were over at Positively Phoebe.  But if not, I understand.  If you are, stay tuned.  I'll be back as often as possible.

Happy National Cancer Survivor's Day.  Which, as my friend Karen (a survivor herself) pointed out earlier today, is every day, isn't it? 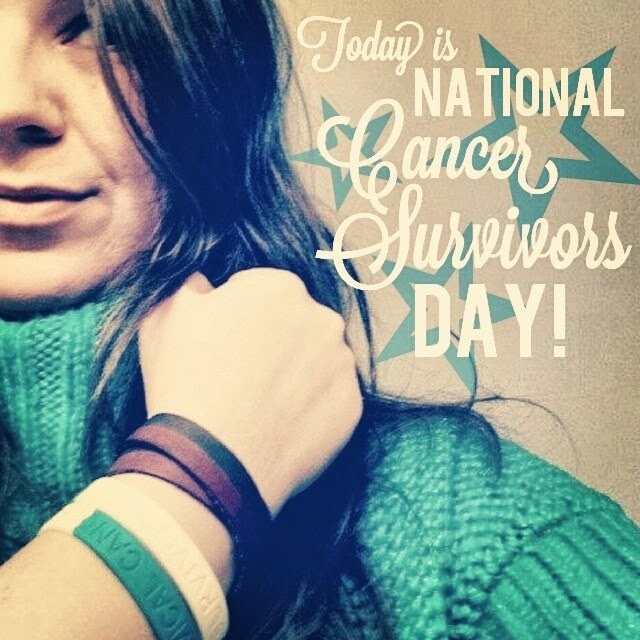