Yesterday was one of those days - the perfect example of my state of medical weirdness.

I woke up feeling perfectly "normal," took a shower, got dressed, went downstairs to let the dogs out, and felt, quite suddenly, an unfamiliar and intense pain in my lower abdomen.  It was somewhat reminiscent of feeling like super-constipated, except that I wasn't.  But I definitely didn't feel well enough to eat, so I packed a lunch and headed to work.

I could not get comfortable at my desk.  The pain was getting worse.  I started to feel cold.  Put on my emergency work hoodie.  Still cold.  Busted out the space heater.  Kept working.  Got a phone call from a vendor.  Was doing fine and then, 5 minutes into the call, I was sweating.  Dizzy.  I told the guy I had to go, hung up the phone, fell to the floor, and threw up in my wastebasket.  The freezing went away and I was pouring sweat and trying to tear off my hoodie and sweater while continuing to puke into the trash.

Not sure what to do that that point, I shuffled to the ladies room, called Ryan, and asked him to come pick me up.  I looked in the mirror and my lips were white.  I'd never seen myself look so pale.

Back to my office, called my boss and told her what happened and that Ryan was going to come get me. She told me she hoped I felt better, and I shut down my shit and went outside right as my intrepid husband screeched into the parking lot in his Saab.

He drove me home.  Every bump or pot-hole was agony.  We laid on the couch together and tried to figure out what to do.  I took my temperature.  102.8...  He told me to call Erin, my Oncology Nurse Practitioner, whom we adore and is always so helpful when I have concerns about my health.  I left her a message and as I laid there, I realized that a lot of the symptoms I was having seemed similar to those a long-ago ex had when he had appendicitis.  I started to panic.  Texted another friend who recently had her appendix go south and asked her what the symptoms were.  They were basically mine.  Dreadful crampy pain.  Fever.  Food-poisoning-esque symptoms. She said go to the ER even if I felt a little unsure.  So off we went.

Trying to explain my medical history to a triage nurse is fucking impossible.  "Is there any reason you might have pain there?"  Uh... how much time do you have?  Queue the Cliff's Notes version of cervical cancer, external beam radiation, chemotherapy, internal radiation, radiation cystitis, two bladder surgeries, rectal surgery, blah blah blah... They have no idea what to do with someone like me.

Once in a room, Ryan texted my mum, who showed up in 20 minutes - before we'd even seen a doctor.  Ryan pretty much threw the registration lady out on her ass and told her we were not talking to her til we got to see a doctor.  After our last ER experience years ago (hours of waiting and never getting an exam at all), dude was not taking any shit.

When the nurse and doctor did finally come in, we went through my wacky medical history again and again.  They took a bunch of blood, the doc poked at my abdomen and made me wince, and a cat scan was ordered.  The wait time for that was unknown, and in the mean time, I was given some Dilaudid for pain and Zofran for nausea.  The pain drug definitely worked and I think may have made me a little loopy and chatty.

The wait for the CT was long.  And my heart broke every time I looked over at Ryan, head down, looking destroyed.  He just does not do well with all of my health stuff.  I feel terrible about it every time something new happens.  Finally, some 12 year old, gum chomping kid came to wheel me to the scan.  The techs all ask if I've had a cat scan before and I have to keep from laughing.  About an hour later, the doctor says the scan shows NOTHING BAD!  It's both a relief and another huge question mark.  The only thing they see is white blood cells in  my urine, which can indicate infection.  So she says she's going to call some of my various doctors, including Dr. Avallone.  About 10 minutes later, she's back, having talked to him.  He is unconcerned about the white blood cells.  Apparently that is normal for me.  Go figure.  He suggests a chest x-ray (apparently it's possible to have pneumonia and not have any other symptoms) and also a pelvic exam, just because of my history.

And the pelvic exam was going to happen RIGHT NOW.  Drawers off, feet in the stirrups, and the evil, disposable plastic speculum comes out within minutes of the announcement.  It was the worst pelvic exam ever.  She was, like, digging for buried treasure in there, trying to find my cervix.  Totally sucked.  Right after that violation, I was wheeled off for the chest x-rays.  And then we waited, again, for answers.

When the doc returned, we were told that the chest x-rays were clear.  No worries there.  And that after looking at my chart/history, she learned that I have what they call an invisible cervix, due to all the scarring from the radiation.  Which creeps me out.  But whatever.  Pretty much everything about my body, now, creeps me out.

At this point, I am basically given the option to either be admitted and stay in the hospital overnight so they can manage my pain via IV and monitor me through the night -OR- go home with prescriptions for pain & nausea and come back the next day for a follow-up exam.  Obviously, I chose to go home.  I've spent enough time in the hospital.

I did make it through the night, though I woke up around 5am because I needed another pain pill.  My fever was down to 100.4 when I got up.  The pain seems to be lessening.  My doctor appointment today is at 2pm.  So right now, I'm just waiting.  The results of the blood and urine cultures won't be available til tomorrow, probably, so at this point, we really have no idea what might be going on.  Not even sure what the doctor will be looking for at the appointment today.

But here I am.  Always the giant question mark.  Always wondering what the hell is going on.  What will be next.  Whether I'll ever catch a break or if this shit is just going to go on and on and on forever. 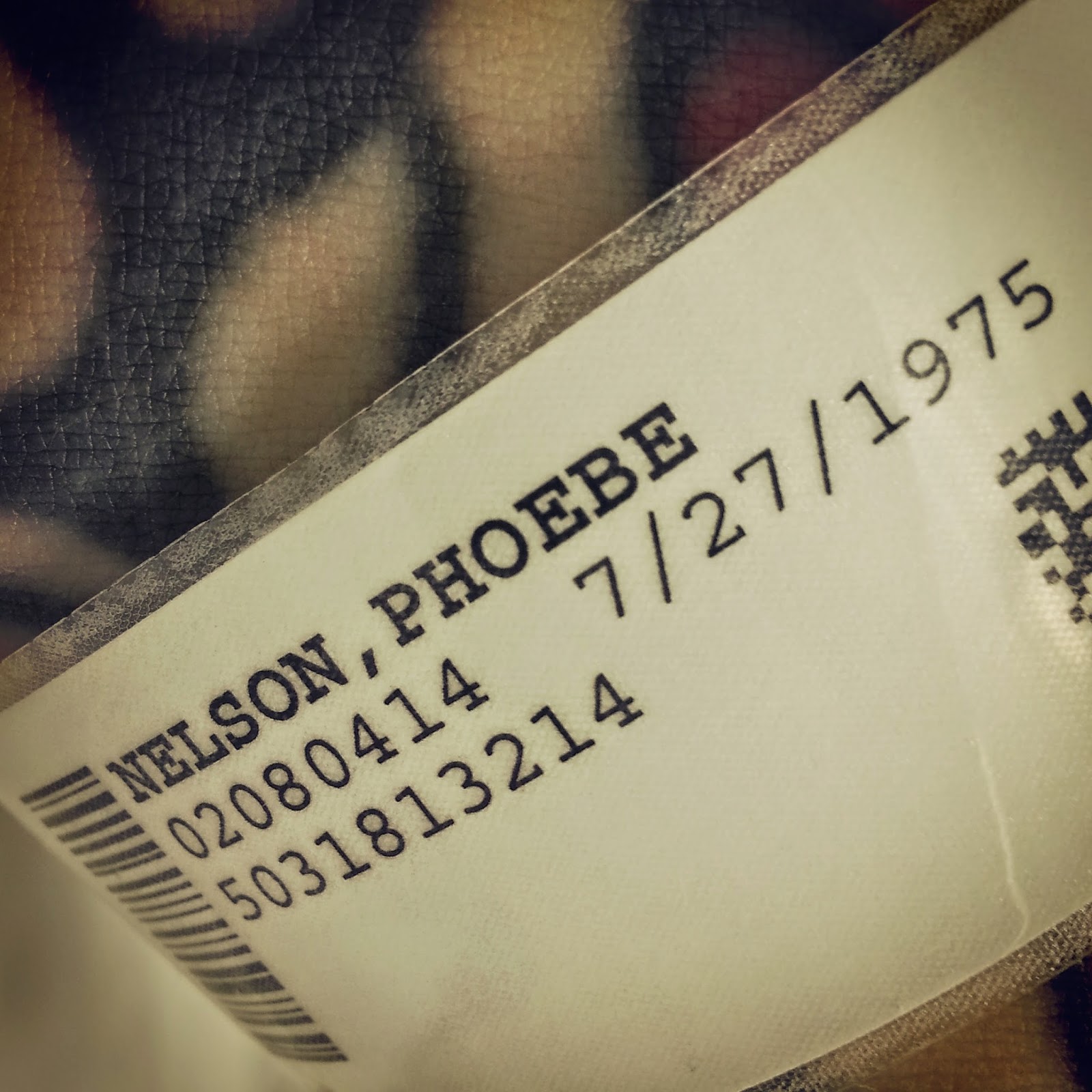 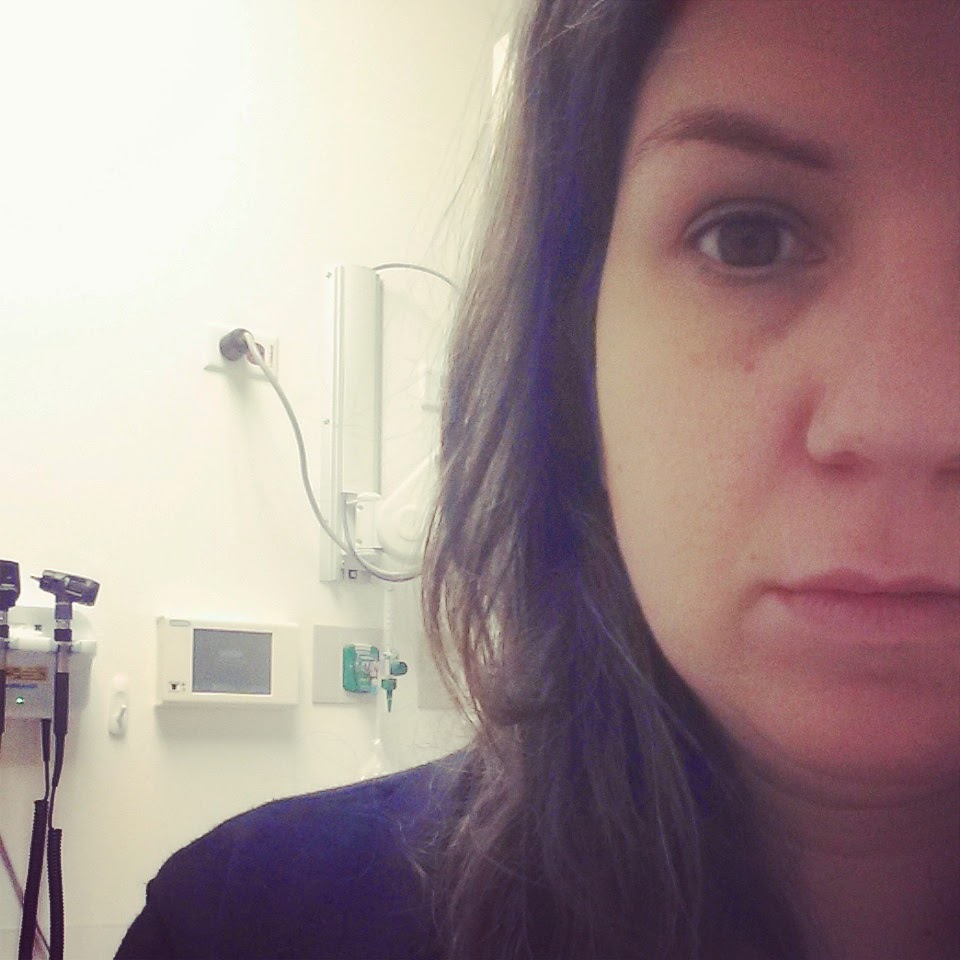