No Cancer = Celebrating. No Answer = Frustrating.

By phoebe marie - August 26, 2013
My apologies to any reader who do not follow me on either Facebook or Instagram...  I didn't mean to leave you hangin'...

I had my CAT Scan on Thursday afternoon.  My folks were already in the lobby of the Radiology offices at Fairview Hospital when Ryan and I nervously walked in around 1:30pm.  Sometime just shy of 4pm, I finally laid down inside the big "O"-shaped machine.  Well, if a 2.5 hour wait seemed like an eternity, imagine how we felt when we asked the tech how long for the results and she said that while they would have them on Friday, I would probably not hear from my doctor before my follow-up appointment on Tuesday - unless there was something bad on there!  Ugh...

So, knowing that Dr. Kebria is not in the office on Fridays and not wanting to puke if the phone DID ring, I called awesome Nurse Erin around 9am and left a tearful message asking if she had any results - just so we could make it through the weekend without this dreadful uncertainty.  It was around 2pm when she called me back.  She had not even looked at the results yet and was basically reading them with me on the phone!  (I love her!!)  I can't remember exactly what she said, but it basically boiled down to no new cancer and no appearance of recurrence!  WHEW!!! I called Ryan excitedly and I think he breathed for the first time in 72 hours.

Now that we know whatever is messing with me is neither UTI nor cancer, the problem is still that we don't know WHAT it is, which means we don't know how to fix it.  I still have my appointment with Dr. Kebria tomorrow, so hopefully we will make some headway in figuring this mystery out.  Ryan, who cannot stay off of Google, believes it may be Radiocystitis (a.k.a. Radiation Cystitis).  The symptoms I have seem to match up well with that (although they also matched up well with UTIs and various cancers, so who knows...).

Me, I don't care what it is as long as we can figure it out and fix it!  I'm tired of feeling awful, being in pain, peeing constantly, being cold, having intermittent nausea, and being ridiculously bloated.  It's frustrating and exhausting.

Looking for the positive, though, I have to say that the one thing I really learned through the cancer experience was to listen to my body and ACT.  I was on the phone trying to get in to see the doctor within 24 hours of my symptoms starting.  In the past I would have just waited.  Probably for weeks, if not months.  Cancer definitely woke me up on that one.  Take action.  Pay attention.  And take care of yourself!  Don't put medical issues off and just hope they'll clear up on their own. Be proactive and play the most important role in your own health that you can!

I'm talking to all of you! 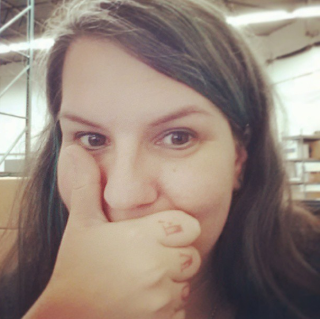